Well, it's been a heck of a year at celebrity gossip watch. I mean, we've all kept Perez Hilton in Manic Panic money this year checking out all the retardation of famous people.

In honor of a year spent looking at The Superficial every lunch hour, because I'm ugly, I am going to share with you my favorite celebrity mug shots of 2007:

ALL of the below fucktards got arrested for driving drunk. They can all afford limo drivers. They can afford helicopter chauffeuring probably. But, ya know it's totally cool to put everyone's life at risk and drive high and drunk in LA. This is why I love NYC. We have the decency to take a cab. 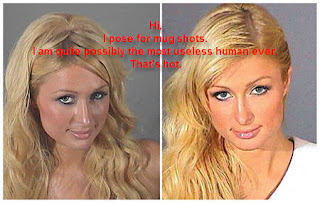 Oh Paris, if you're not banging someone on film you're driving drunk. Well, at least she spent some serious jail time thinking about what she did. Now, she has a Mom hair cut and wants to help the world. Way to turn it around! Maybe next year you'll only come out with hand job videos and dance on bars for charity. 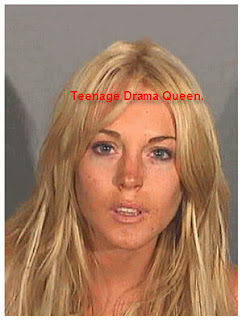 I know you're not a teenager anymore Lindsay. The thing is, you do all these movies where you act as a teenager, and then you go out and try to act like a big girl. Like your role model Paris. Don't worry. One day you'll slow down and get a hair cut too. 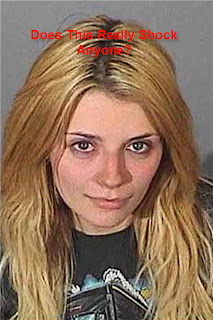 Here's a tip Mischa, eat before you drink. Maybe if you had something to soak up the alcohol they'd only catch you for the drugs. I know it's hard for you now that the OC is over and you just have to live off that modeling money. But come on, follow the white lines on the road, not the mirror. 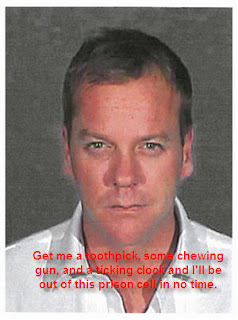 I wish I was there when Kiefer Sutherland was pulled over. I bet he was like, "The terrorist made me do it! You don't understand we've got preciously little time, don't you hear that clock ticking!?" 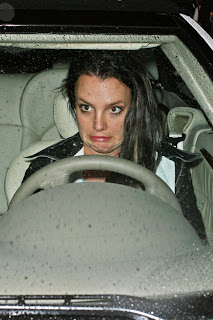 Ok, now I know this isn't a mug shot. It is just one waiting to happen.
Take her kids, please.
On a bright side, she's making Paris Hilton look less useless.